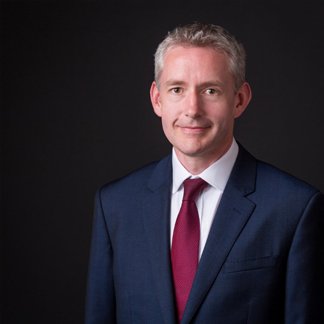 Lorcan studied at the National University of Ireland, Galway where he obtained his Law Degree LLB, his Bachelor of Arts (Economics and Legal Science) and his Diploma in Irish. Lorcan trained to become a solicitor in his hometown of Thurles, where he briefly worked in general practice following qualification in 2001.

Lorcan later moved to Dublin to further his legal career and worked with one of the largest law firms in the country for 13 years. Lorcan has been a litigation solicitor for all of this time gaining invaluable experience from years of contested proceedings. Lorcan has been a key legal advisor to Tusla, The Child and Family Agency, The Health Service Executive and its predecessors for 16 years.

His specialist area has been child care law. Lorcan has extensive advocacy experience in complex contested child care proceedings and has significant court experience, appearing on an almost daily basis, representing his clients at court. Lorcan has always managed a significant caseload of contested matters, including liason with international jurisdictions.

Lorcan has appeared in all courts; District, Circuit, High and Supreme Courts, successfully with and without counsel. Lorcan conducts his own advocacy and makes legal submissions in the vast majority of his cases. Due to Lorcan’s extensive litigation experience, he has assisted beyond his child care expertise in related litigation matters. Lorcan is a member of the Family Lawyers Association of Ireland and has also completed mediation training.

Lorcan returned to his native county Tipperary in 2013 and has appeared on an on-going basis in courts from Dublin to Cork and anywhere in between including Kildare, Laois, Carlow, and Kilkenny. Lorcan joined Donal T Ryan Solicitors LLP in 2017 completing his transition home and resuming his general litigation role. Outside of work and family, Lorcan is interested in all things sport and music.